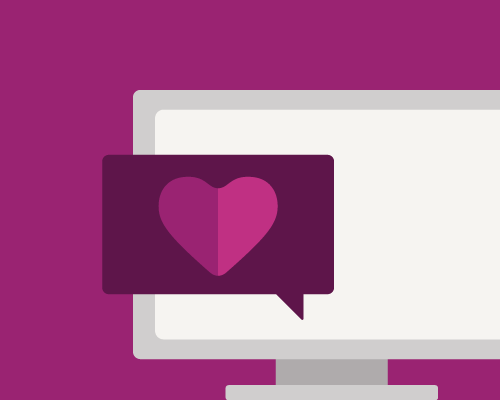 For months now, you've been chatting online with this amazing guy in Arkansas. Work keeps him from visiting Spokane, and you've never met face to face.

But he texts you throughout the day with compliments. Despite the distance, you're in constant contact. You've grown close. Then trouble strikes.

While traveling out of the country, he suffers a medical emergency — but he can't access his own financial institution. He needs money right now. If you could deposit a check in your account and wire the cash — or give him your online banking password, so he can deposit the check himself — the nightmare will end. He can't count on anyone but you. And that's when the real trouble starts.

Nothing sweet about it.

The "sweetheart scam" varies: Maybe you were matched on a dating website. Maybe you've been chatting for a couple of weeks or for a few years. Maybe the "traveling abroad" story has a different spin.

Worst-case scenario: It ends with the victim being conned out of hundreds or thousands of dollars. "I've seen the sweetheart scam from every facet you can imagine," says James Fuher, STCU fraud prevention manager. "I've found that the bad guys will even pay the membership fees for dating websites, and they will troll these sites to try and find someone who clicks. Then they start to build this trust by emailing and messaging." It's that trust that makes smart people ignore red flags.

"I've seen the sweetheart scam from every facet you can imagine," says James Fuher. The "relationships" can last weeks, months — or a couple of years.

"In one example, the gentleman was using the name Roger Moore, and he was an antiques dealer working in Nigeria," Fuher recalls. "I saw multiple people fall victim to that from all around the country."

Scammers maintain frequent communication with their victims through email, instant messaging, and texting. The "relationships" can last weeks, months — or a couple of years. "The bad guys work on that emotional appeal — just the little things that make that relationship deepen," Fuher says. Scammers invest a lot of time and energy into these scams, because the payoff can be huge. "We're talking severely heavy losses for the victim, or even them taking out loans," Fuher says. The FBI estimates that $203 million was lost to the sweetheart scam in 2015 alone. And those were just the reported cases.

While the scam varies, there are some common signs of trouble, Fuher says.

"One of the warning signs is that they're unable or unwilling to meet in person," he says. "Something keeps coming up. A lot of these scammers give generic information about where they're from or what they do. They often say they're working outside of the country. "Sometimes the scammer will send the victim a copy of their passport or photos of themselves. But details don't add up, because the passport is a fake or the photos are stolen from other websites.

And the scammers are equal-opportunity predators. In 2011, only around 13 percent of reported male and female victims were older than 60. And men and women are both susceptible to the scam. "In the end, it all comes down to the same thing," Fuher says. "At some point, somebody who you've never met in person is asking you to send them money. That's when you have to really take a cold, hard look at your online relationship and make sure you're not about to become a victim."

If you suspect or know you've been scammed:

File a complaint with the FBI's Internet Crime Complaint Center.