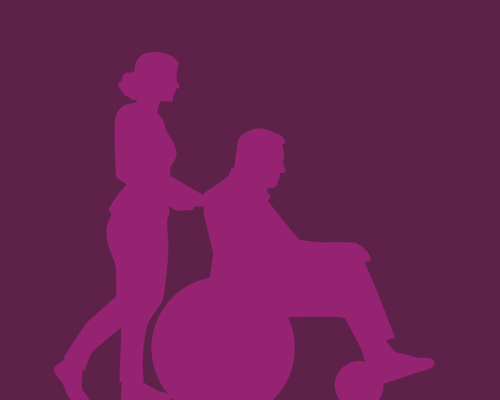 It might feel awkward, but honest, open communication is key.

Lance Kissler thought his parents had prepared for everything as they grew older, with a good fix on their household finances and with long-term care and funeral policies in place.

But when Lance's mother suddenly fell ill and was hospitalized, his family discovered they weren't as financially prepared as they thought.

Lance had a better handle on this situation than many of us would. As a long-time member of STCU, he's familiar with the benefits of financial planning. Yet events often play out differently than we expect.

And many of us are reluctant to discuss what is, sadly, inevitable.

"End-of-life planning is one of those things you can do in advance," Lance says, "to give you and your family some peace of mind."

Lance's mother passed away in early 2017. For others looking ahead to their own or their family members' end-of-life care, he offers three key pieces of advice.

One of the first unpleasant surprises for Lance and his family: Their long-term care insurance didn't cover his mother's situation.

"Dad had taken out a long-term care policy, and it looked good," he says. "But when we dove deeper, we realized it was going to be difficult to get the benefits that came along with that plan.

"There was fine print regarding an interim period between the end of Medicare coverage and the start of policy coverage — a period of out-of-pocket pay that could have brought many families to the brink of bankruptcy. Ultimately, they didn't even try to use the policy.

"There were a lot of hoops and flags that led to us to think, 'Gosh, this policy might not even be worth trying to utilize,'" Lance says.

"An elder law attorney, someone who's familiar with Medicare or Medicaid, can give you a really decent translation and help you understand what you're getting into," Lance says. "The dollar amount that you spend on an attorney like that could easily be worth the dollar amount you save from not being caught off-guard."

"End-of-life planning is one of those things you can do in advance," Lance says, "to give you and your family some peace of mind."

As often happens, one parent in Lance's family — his mother — had assumed primary responsibility for the day-to-day finances.

"So that transitioned to my dad when her condition changed," he says. "It's not a formal thing. It's more like, 'I'm going to hand this over now.' There's not a training session or transition plan."

"My dad did a very good job of documenting their finances, but there was always that possibility that he could end up missing something," Lance says. And it would have been difficult for Lance or his brother to take them over next, if necessary.

So Lance asked his dad to create a financial notebook — gathering all the important information in one spot, accessible by whoever needed it.

"We sat down with my dad and started over from the beginning. 'What do you own? What are your monthly bills?'

"You're really making sure you have a grasp of what their financial picture looks like — documentation of all their assets, things that they own, assets that they could liquidate," Lance says. "You're getting a sense of income and other benefits, loans or accounts payable as well as any debts. Essentially, it's a roadmap to their finances."

A financial notebook also should contain all your family members' names and contact information, insurance and health records, and copies of your wills, advance directives, and powers of attorney.

Have the tough talks now.

Discussing hospitalization and death with your relatives while they're healthy might seem morbid, as if talking about it will make it happen sooner. But if you put off those conversations, you might never have them, Lance says.

As Lance's mother's condition became worse, his family realized they faced many questions about her preferred end-of-life care — personal and practical decisions that had to be made almost on the spot.

"When it came down to it, my brother and his wife and I were trying to go off my dad's recollection and best interpretation. It would have been a lot easier to make those hard decisions as an entire family.

"Don't put it off," he urges. "There might be pride — or guilt — involved. There might be concern about past financial decisions. But you have to be willing to accept those and work with them. It's not a time to be critical. It's a time to look ahead so that everybody is better prepared."