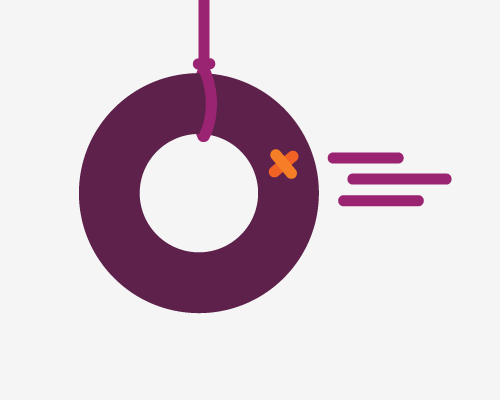 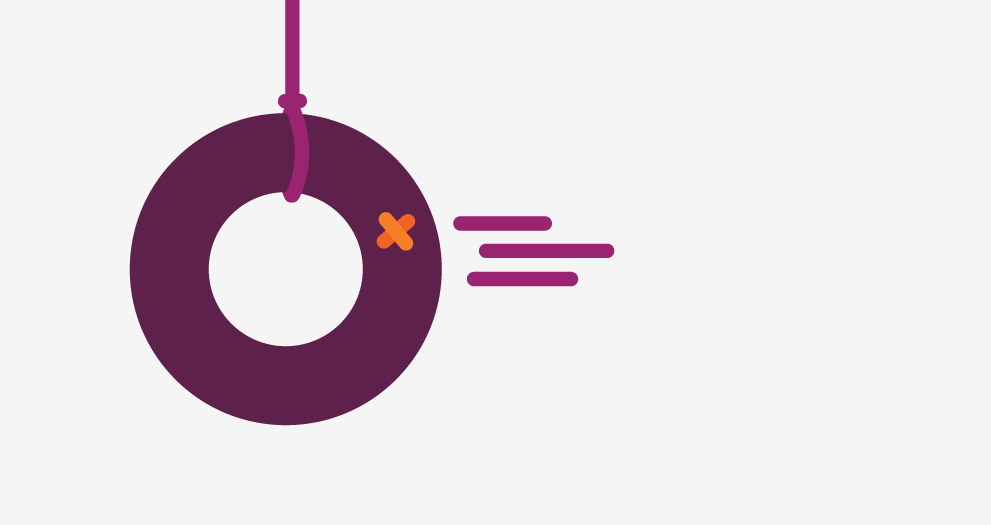 What's the big deal about upcycling?

You know the saying-one man's trash is another man's treasure. Reusing, or "upcycling," old and broken things can infuse fresh ideas into your life and save you money!

It's when you take discarded objects and materials to create something new. By repurposing and beautifying things that you might otherwise throw away, you can avoid replacing them in your home or wardrobe with expensive alternatives.

Although "upcycling" didn't show up in popular culture until the early '90s, it's not a new idea. Reusing old objects to extend their shelf-life has been a popular practice for decades. Consider the Great Depression-when families relied on rations and often lacked the ability to purchase the goods they needed-resourcefulness became an essential skill, and repurposing was a necessity. An old flour sack became a new dress; old rags were sewn together to make rugs. With little to no cost, families created the things they needed, out of the things they didn't.

With a little imagination, you can upcycle just about anything. There is even a man in England who took his upcycling skills to the extreme, building a home out of an old shipping container.

Isn't this the same as recycling?

They sound similar, but upcycling is different than recycling.  When you recycle paper, plastic, metal, glass, and so on, it's broken down to the base elements and reformed into new materials. Often, these recycled objects will be of lesser quality than their original counterparts. But when you upcycle, you aren't breaking materials down;  instead, you're repurposing them.

Consider, for example, a set of old, balding tires:

Instead of tossing them in the landfill, you decide to recycle them. Great choice! Your tires will likely be shredded or melted down and used in a variety of different ways. They might find new life as rubber mulch in your neighborhood playground, or they could be turned into rubberized asphalt, which is used often to resurface interstates and highways.

But say you want to upcycle those tires instead. You could string one up in the tree behind your house. Tire swings have been a popular upcycle project for decades. With a bit more creativity and a little elbow grease, you can turn those tires into countless different upcycled masterpieces:

One of the best benefits of upcycling can be felt in your wallet... a little DIY can be an easy way to save a little coin.

Why should I care?

One of the best benefits of upcycling can be felt in your wallet. It's easy to head to the nearest superstore and pick up anything you need. But a little DIY can be an easy way to save a little coin. Instead of spending $650 on a pricey coffee table, you could repurpose old pallet wood and handcraft a beautiful piece of furniture you can be proud of. You may have to shell out a few dollars for parts or accessories, but it wouldn't be nearly as much as if you bought it new. By making it yourself, not only do you keep your money in the bank, but you get creative, customized pieces to spice up your living space. 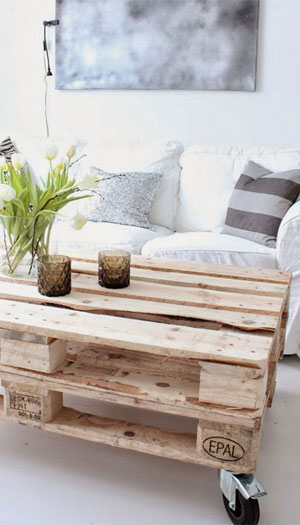 Upcycling is also great for the environment and your community. If you're not buying new, you don't end up throwing out unnecessary packaging. The landfills will thank you. Even if you're an avid recycler, collecting and processing recycled goods still takes manpower and resources that could be diverted elsewhere. Upcycling objects you might otherwise get rid of is an excellent alternative.

Don't overthink it. Upcycling can be as simple or as intricate as you want to make it. Sometimes it can be as easy as a fresh coat of paint on that old dresser you've been stashing in your attic forever.

Search the web. If you have an upcycling idea, odds are that someone has already thought of it, tried it, and posted it on the Internet. Want to make a lamp out of rusty motorcycle parts? It's been done. Want to create an abstract portrait of Marilyn Monroe out of bottle caps? You're not the first. There's no need to reinvent the wheel when inspiration is everywhere.

Check out your local consignment. Not everything you repurpose has to come from your home. Searching the shelves of a thrift shop can prove to be just as fruitful and may even provide you with extra inspiration. Plus, you'll still be saving money by not buying new!